NOBO - My Schwarz Is Bigger Than Yours

I was really excited when I read on NOBO's Facebook page that they were going to feature a schwarzbier for their "Experimental Friday" release on Black Friday. How apropos, I thought!

Let me start by noting I discovered my love for schwarzbier during a somewhat recent business trip to Ft. Collins, Colorado where I was lucky enough to stumble upon not just one, but 2 different breweries serving up this fine style of dark lager. I promise I'll write about all the beers from that wonderful city soon (my kids know my definition of "soon"... hopefully, you can be as patient as they aren't).

Let me tell ya, NOBO did not disappoint here! A truly stand-out beer! Rarely do I drink a beer and decide I need to buy a growler right then so I can take some home. I enjoyed this nectar of the gods all weekend! It definitely helped soothe my soul after the Broncos lost their 7th game in a row, and to the Raiders of all teams, gah! But I digress...

NOBO took a bit of a chance with this brew with this 5.7% ABV magical potion. A schwarzbier is typically fermented with a lager yeast. However, they used their Kolsch style yeast instead. This was supposed to impart a somewhat fruity flavor on the backend. I'll discuss that a bit below.

If you're in the neighborhood, you definitely need to get yourself into NOBO before this tap blows. I wouldn't be disappointed to see this added to their regular menu (please, NOBO, this is me begging)!

Dark as night, just as a good schwarzbier should be! A nice, inviting, tan, creamy head.

Mmmm... Toasty malts, yummy chocolates, with maybe a hint of caramel aromas. Made my mouth water!

I know I already noted this is probably my favorite style of beer so I might be a little biased. But it is sucked I would have been heartbroken. As expected from the aroma, this beer is rich in maltiness with those hints of chocolate and maybe just a little caramel to smooth it all out. I'm not totally sure I got the slight fruitiness from the Kolsch yeast but the flavor didn't stop and there was no weird aftertaste. A truly enjoyable beer!

So smooth and silky. For a dark beer, its deceptively light, but not too light. Just light enough you can keep drinking one after another. At 5.7% ABV it's starting to creep up on the higher end of the scale but this beer is really not boozy at all.

I was only able to take a few minutes on Black Friday to sneak into NOBO to try this beer. However, of the handful of folks sitting at the bar drinking this beer, I don't think I heard a single negative comment. Everyone, at the very least, really enjoyed their cold beverage. My only suggestion to NOBO is that they keep making this beer and put it on their regular menu (yes I'm repeating myself!). It'll get me in there more often! 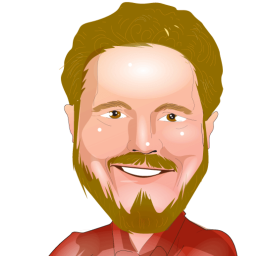 View all 1 posts by Lane

One response to “My Schwarz Is Bigger Than Yours”